One of the lessons that one of my best leadership mentors taught me was to never accomplish a goal without already having set my next one.

There are many inherent reasons that this is important, but not least is to avoid the trap of complacency; the void that comes when we “arrive”.

As it is test week this week at Krav Maga Martial Arts, and as we will be testing Blackbelts and various degrees thereof this Sunday,

and then graduating them next Saturday at The Blackbelt Extravaganza,

this is a very timely lessson to teach.

Anyone that’s accomplished that one should be setting their goal to Master level, or 2 levels up.

Amazing things happen when we take a long-term focus on our goals.

What goals are you setting? 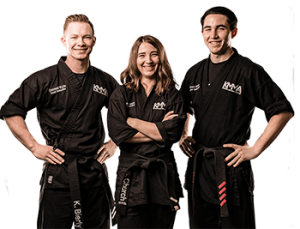