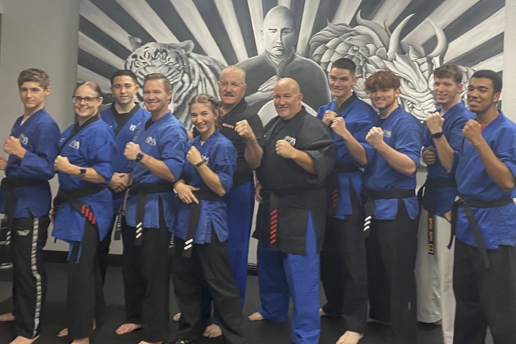 It’s been a great summer hasn’t it!

It’s so great to see everyone coming back from the pandemic and getting back to the things that they love, including KMMA!

And what a great Summer we’ve had already at KMMA!

He and his assistants provided amazing training and the students had fun, worked hard and learned a lot. Most even promoted in rank!

We had an awesome graduation and fundraiser event!

Superheroes Came To Help Us Celebrate!

And we even raised $5,000 we were able to donate to The Human Trafficking Foundation!

Most recently, my friend and mentor Grand Master Jeff Smith came and sowed into students and team and, wow, was that an awesome weekend!

Oh, yeah, and I even published my first book!

And of course during all of this all of the incredible training that is the norm at KMMA has continued, many have started their journies and many more keep moving on to next levels on the way to Blackbelt Leadership and beyond!

You can start your journey here.

But the summer isn’t over yet!

We have a couple of other great events left!

Finish summer strong by joining us!