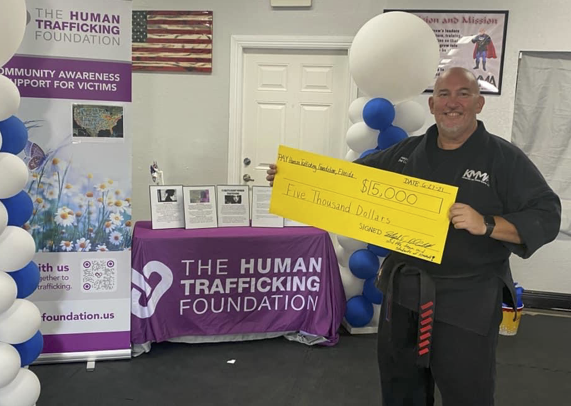 Brian Tracey says that “Success is the progressive realization of a worthy goal”, and I agree.

I love goal setting and goal getting and I love my job of helping others to do the same!

But, speaking of goals, congratulations and thank you to all who helped us raise $5,000 to support the Human Trafficking Foundation!

It was a worthy goal, and we did it!

Watch the video of me presenting the check to Jason Babbitt of HTF here.

Congratulations too to all the students who took their next steps towards Blackbelt Leadership Excellence by earning their next belts!

I’m proud of and grateful for you!

And thank you to the Superheroes of Costumers With A Cause who also helped make yesterday’s fundraiser a Super event!

Be ready to have some fun and learn something new- feel free to bring a buddy too!

WE WILL BE CLOSED IN OBSERVANCE OF INDEPENDENCE DAY JULY 5TH!