Have you set your goals yet?

It’s no surprise that one of the most common traits in all highly successful individuals is the habit of goal setting.

Champions decide upon their goal, visualize and believe they can get it, and then set about turning the vision into reality through action.

And it’s how winning at any worthy goal is done.

And on the way to the goal of Blackbelt, that white belt also develops Confidence, Fitness, Courage, Focus, Discipline, Faith, Family, Fun and develops amazing self defense skills.

Like all truly great aspirations, it’s not about the getting of the goal that’s most important; it’s who you become on the way to getting it. 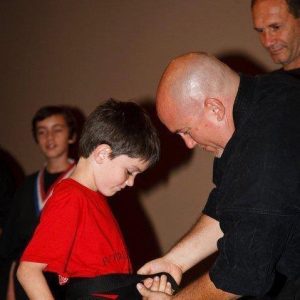 A Young Diego Del Castillo receiving his Probationary Blackbelt from me and in front of my Krav teacher,

Eyal Yanilov, a decade or so ago. 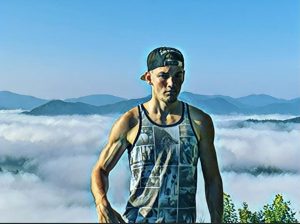 Proud of my son Sensei Diego Del Castillo. He’s the real deal and he’s a stud. We get him for a few more months and then he’s off to Army OSUT (basic and advanced Infantry training) at Ft. Benning, Georgia and then college and his Officer Military Leadership training with the University of North Georgia (UNG) Corps of Cadets. He’s of course got a huge head start on everyone else based on his 14 years of physical, character and leadership education with KMMA. I’m super proud of and grateful for him as his father, and also his Master Instructor. He’s the epitome of what Blackbelt Leadership Training is all about. #ilovekmma