Be The Change You Wish To See In The World

Turns out Mohandas Gandhi didn’t actually coin the term I used in the subject line; Arleen Lorrance did many years after his death.

But he did say this: If we could change ourselves, the tendencies in the world would also change. As a man changes his own nature, so does the attitude of the world change towards him.

This can be done through training and, as you already know as a KMMA student, character training is a big piece of the total training package that is KMMA.

Like character, Leadership is a trait that is not borne but grown.

The seeds may be inside one already, but like any seed, leadership potential must be sown to then reap.

We are a leadership development academy that also happens to teach the most practical self defense in the world.

I have always been most proud of the many great leaders we have produced over the last twenty years.

And I am most excited about the next training evolution!

I am going to be accepting application for my new Blackbelt Leadership program soon!

And it will be available six days a week to fit into your busy schedule!

More info is coming soon, but if you want to make sure that you and your family are on the list, tell your Sensei now!

The first step in leadership is always stepping up- so raise your hand!

p.s. it’s bonus week at KMMA! Make sure to get in live or virtual for the bonus classes our great Master Instructors have in store!

Also make sure to let them know if you need to make up stripe testing too! 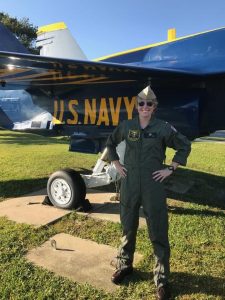