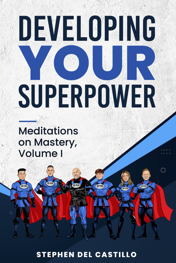 Tonight I was teaching my Blackbelts about the self defense timeline of a given scenario.

We trained several self defense scenarios and then I made sure that they realized that they were progressive defenses based on the developing scenario as the timeline progressed.

As the timeline progresses, the problem we are dealing with gets more severe and more dangerous.

We still train to deal with the problem at whatever stage we realize and deal with it.

Then I shared with them the principle that I want to share with you today. The sooner we deal with the problem or conflict, the better.

We can avoid the worst case scenarios the sooner we react.

The same is true with most problems in life.

As one of my military mentors, Colonel Carmona, once told me: “bad news doesn’t get better with time”.

So, in most cases, the sooner we address and deal with a problem, the easier it is to fix.

It’s true in self defense and it’s true in relationships, conflict and other scenarios that threaten our well being.

So don’t overthink a problem, or become the victim of analysis paralysis.

Act with confidence and according to your training, not carelessly or recklessly- but act.

Attack, defend or disengage. But act.