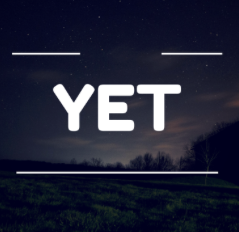 And, while an encouraging word can make a positive difference in someone’s life, the same power exists for negative words to be harmful as well as hurtful.

This is one of the things I love most about the environment we have created at Krav Maga Martial Arts, by the way;

a key component of the way we empower lives and build people up to their full Blackbelt Leadership potential is by speaking words of encouragement, edification and inspiration into their lives.

I’m looking forward to writing more on that subject later this week- but, for today, I want to warn you about two adverbs to be aware of.

Both carry great Power, but one for good and the other for ruin.

The adverb which can keep us from our potential is the word “almost”.

It seems to the untrained eye or ear a simple measure of degree but, like all words, carries with it great Power.

Consider I almost got the Blackbelt, finished the book, accomplished my goal, did what I said I would, got the A, forgave, told them, did it, quit it, etc, etc.

Take a minute to analyze any of the actions after “almost” and you may notice something else (and I hope you will).

The statement that you “almost” did something suggests not only that you haven’t but also that you won’t.

It connotes a degree of finality.

If we are not really careful, statements like these can even become excuses, rationalizations and self fulfilling prophecies, often with many extra words attached to explain away the failure that the word “almost” suggests.

Now don’t misread this and think that I am implying that just because you haven’t, or even “can’t” (another negatively charged and often used adverb), done something that you have failed or that you are a failure.

The opposite is true. You just have to use more powerful words.

So one of the lessons I teach my students is always to attach the word “yet” to something they haven’t completed or lack the ability for at this time.

I can’t do push-ups, that kick, that form or technique yet.

I’m not a Blackbelt yet.

I haven’t finished the book, the course, the mission yet.

I’m not an A student, haven’t quit smoking, or forgave the person who hurt me yet.

I haven’t hit my goal yet.

Adding the word “yet” attaches possibility where “almost” adds completion.

Yet implies intention and hope.

And when the verb is added to the adverb in real life execution- in other words, when we apply fuel to the fire with ACTION, Intensity and Resolve, we create the Power to finish what we started.

I am a Blackbelt, I can do the push-ups, I forgave, I finished, I accomplished….

These are the results when we use “yet” instead of almost- but I will close with one more “word” of caution.

Never accomplish your goal without having set your next one.

The emptiness of complacency is almost as bad as the pain of regret.

As is often the case for me, this meditation began with a very light observation and consequent discussion with my wife.

We were watching football and were reflecting on how unfortunate it was for the QB that almost got to play in a play-off game against Tom Brady. He was warming in to replace Washington’s Taylor Heinecke but the latter returned to the game before he got his chance.

I mean, just think how different a story he would have to tell if he’d played in a game against Tom Brady than if he almost did.  That’s how most “almost” stories are.

And anyway, that’s the thin thread that started me thinking about the implications of the word “almost”.

Speaking of almost, I haven’t finished my book yet.

But I’m working on it, and I’ll have a copy just for you.