The ABC’s of Winning 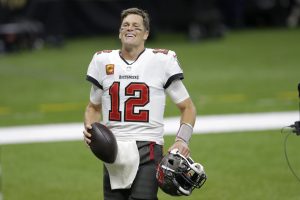 Congratulations to Tom Brady and the Buccaneers on the impressive win over Brees and The Saints!

It was a great game, as could be expected when two great teams with two legendary winning quarterbacks compete.

The truth is, I was ready to write this blog or one entitled “Even The GOAT (Greatest of ALL Time) loses some times”.

I wrote a blog on the GOAT, Tom Brady, last week- you can read it here if you haven’t yet.

But in honor of Brady’s win, today’s blog is on the ABC’s of Winning.

Rather it be in football, business or any other competitive endeavor, becoming a winner is as simple, not easy, as learning the ABC’s- at least the ones I am about to share with you.

And these ABC’s aren’t only the habits of all winners but indeed the formula for those that go on to be the best at anything, or even the GOAT.

In order to be the best at anything,

We have to say no to many things.

This one was super hard for me. To be honest, for many years it just hadn’t clicked for me.

I like to be busy and working hard and actually took pride in the number of things that I could do well.

But recent meditation and revelation made me realize that I was saying no to excellence, towards being the best at anything, by saying yes to my exertion of energy, and the distractions to my FOCUS, of so many things.

So recently, I have increased my focus to concentrate on being the best at only a few things, and only one professionally.

Our only focus at Krav Maga Martial Arts is to be the BEST Leadership development academy that also happens to teach the most practical self defense in the world.

And I honestly believe we are the best at this, and getting better every day.

We prepare our students to Live (their best lives and to survive violence and other threats to that life if need be),

and we Empower our students to Lead (to identify and be the best at their calling and to be the leaders in their school, work and ministry communities, families and in our society and world).

To be the best, I have said no to many of the other things we used to be good at;

good enough is the enemy of excellence.

So we don’t do before and after school, cardio kickboxing, MMA, full summer day care type summer camps, or any other of the myriad things we dabbled in over the years to earn a little extra income.

Instead we focus only on being the very best at developing Focus, Confidence, Positive Attitude, Courtesy and Respect and other Blackbelt Leadership Principles in our student families, while also preparing them with the most practical self defense system and skills in the world.

What will the one thing be for you? 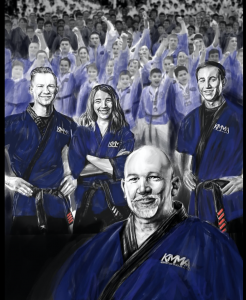